Guidance Wherever We Look

Abraham (a.s.) was Chaldean.  Jethro (a.s.) was allegedly Midian.  Jonah (a.s.) was Assyrian.  Aside from that, they were all from the same Greater Near East geographic region.  It does not mean that there were no prophets sent elsewhere.  It just means we do not know their names, or that they have not been positively identified as such.  The reason why these were named is because they were the names most familiar to the people of the two Houses of God: Jerusalem and Makkah.

The Upanishads, which were written before the sixth century before common era had a prophet named Manu who saved his people from the great flood in an ark.  Could Noah (a.s.) have been Aryan?  Various Islamic scholars have proposed, based on the earliest portions of their scripture, that Gautama Siddartha Buddha, Zoroaster, Confucius and the composite characters that made up Lao Tzu were prophets.  Buddha emphasised the “laa ilaha” aspect of the shahadah, the negation of self and the removal of desires.  That is the Nine Precepts.  And the Tenth Precept states that when we have done all that, “Behold the Supreme One,” “illa Allah”.  Lao Tzu, whom some believe to be an amalgamation of several people and their teachings, wrote about the illusion of dunya: “That which is, is not.”  He said that there is a God in Heaven, Tien; and that the virtuous go to Heaven, and the sinners are punished in Hell.  Confucius emphasised morality and adab.  Much of what he taught eventually merged with Chinese folk religion.

Sayyidina Abu Hafsw ‘Umar ibn al-Khaththab al-Faruq (r.a.) treated the Zoroastrians as Ahl al-Kitab in all aspects save marriage since that is not mentioned in the Qur’an.  They believed that God is the Creator of Light, Ahura Mazda, and that that Light became Creation.  They believed that on the Day of Judgement, we will be Summoned forth on a plain, and have to cross a bridge called the Sirat across a huge pit.  Those who make it across will arrive at Paradisae.  And those who fall because of their evil will enter Jahanamae.  Zarathustra (a.s.) was thought to have been a contemporary of Moses (a.s.).  Likewise, Krishna was believed to be the embodiment of virtue.  He is from an earlier version of one of the proto-religions that became Hinduism as we know it.  Krishna united the forces of good, the believers, against an army of demons led by their analogue of the Antichrist.

There is Guidance wherever you find it.  We only need to know where to look.  Did God not Promise that wherever we look we will see His Face? 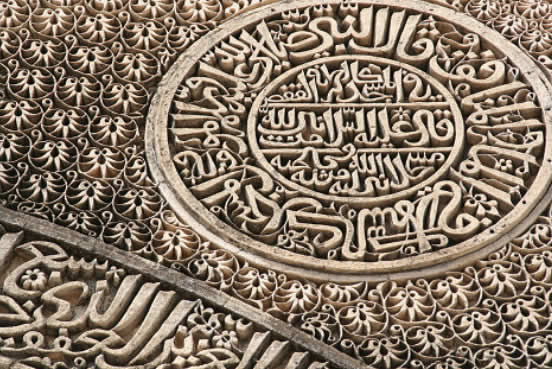