Showing posts from January, 2010
Show All

بِسۡمِ ٱللهِ ٱلرَّحۡمَـٰنِ ٱلرَّحِيمِ
The following is adapted from a swuhbah by Shaykh Muhammad Nazhim Adil al-Haqqani (q.s.) on 20th January 2010.
Shaykh Muhammad Nazhim (q.s.) said that even ants, bacteria and viruses ask for Support from Allah (s.w.t.) to carry out their activities. It is impossible for any creature to exist and function without Divine Help of the Creator.  Only Allah (s.w.t.) needs no helper, for if He needed help, then the one giving Him help is above Him and that is impossible.  He is Self-Sufficient, in need of none, while all Creation is in need of Him.
All Creation except mankind acknowledge that they have been Created.  They acknowledge Who Created them and they know Allah (s.w.t.) according to the capacity Allah (s.w.t.) Placed within them.  They glorify Allah (s.w.t.), giving Him their highest glorification according to their abilities.  Even bacteria and viruses recite tasbih to Allah (s.w.t.).  Every grain of sand, every stone and rock, the mountains and e…
1 comment
Read more 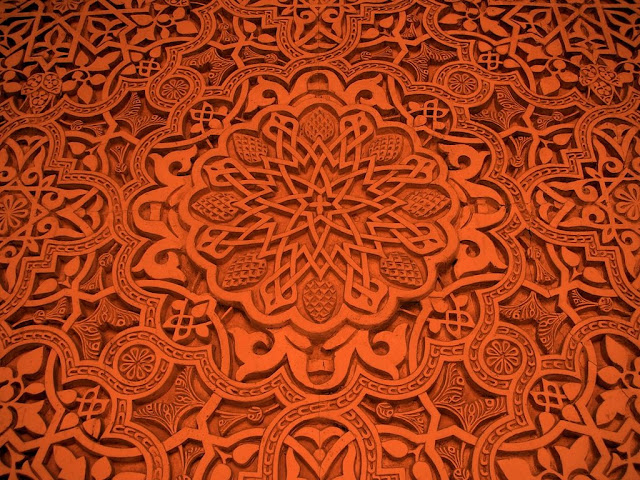 بِسۡمِ ٱللهِ ٱلرَّحۡمَـٰنِ ٱلرَّحِيمِ
This poem was written by Shaykh ibn Juzayy al-Kalbi (r.a.), who was martyred in the Battle of Tarifa, also known as the Battle of Rio Salado, defending the lands of the Muslims against the invading Christians.
“I desired to praise the Chosen One and was hindered By my own inability to grasp the extent of his glory. How can one such as I measure an ocean, when the ocean is vast? And how can one such as I count the stones and the stars? If all of my limbs were to become tongues, even then – Even then I could not begin to praise him as I desired. And if all of creation gathered together in an attempt To praise him, even then they would stint in his due. I have altogether ceased trying – awestruck, clinging to courtesy, Tempered by timidity, glorifying his most exalted rank. Indeed, sometimes silence holds within it the essence of eloquence, And often speech merely fodder for the faultfinder.”

بِسۡمِ ٱللهِ ٱلرَّحۡمَـٰنِ ٱلرَّحِيمِ
Shaykh Gibril Haddad wrote on his website, “Living Islam”, regarding the hadhrah.  What is the wisdom of performing the hadhrah with bodily movements?  This is the same wisdom as the words of the Prophet (s.a.w.) to the Abyssinians who displayed themselves through certain choreographed movements in the Prophetic Mosque in Madina during ‘Iyd: “Jump, O Banu Arfada!” while ‘Aishah (r.a.) was watching with his permission.  Imam Muslim narrated it in his Swahih, Kitab asw-Swalat al-‘Idayn from ‘Aishah (r.a.) herself.
Sayyid Muhammad ibn ‘Alawi al-Maliki (q.s.) said in his book on the celebration of the Mawlid titled Hawl al-Ihtifal bi Dzikri al-Mawlid an-Nabawi ash-Sharif, “There is no doubt that such singing, dancing, reciting of poetry, and banging the drum was for joy at being with the Prophet (s.a.w.) nor did he condemn or frown upon such displays in any way whatsoever.  These are common displays of happiness and lawful merriment.  Similarly, to stan…
5 comments
Read more
More posts