Swalah Being the Strongest Bond of Connection between Servant & Allah (s.w.t.)

The following is an extract of a Letter, from the discourses of Shaykh Ibrahim ibn ‘Abdullah Niyas al-Kawlakhi (q.s.): “Swalah being the strongest bond of connection between servant and Allah (s.w.t.).”

“Swalah is the strongest bond of connection between the servant and Allah, Glorious and Exalted is He.  I, therefore, advise each of you to reflect deeply while performing the swalah.  Everything about the swalah is worship and a means of drawing close to Allah.  Most of the Qur’anic recitation is sending perpetual praises unto the Most High, and the remainder is for your deep reflection and humility before Allah, in both your moments of rest and movements. Allah Says:

I have only Created jinn and men, that they may serve Me. (Surah adz-Dzariyat:56)

... They are like cattle nay more misguided: for they are heedless (of warning). (Surah al-A’araf:179)

Allah has Created the jinn and mankind and has abundantly bestowed His Blessings upon them, outwardly and inwardly, from the beginning of Creation until this time of ours, and has been Benevolent towards them by Sending prophets and Messengers who called them to Allah.  When He sealed prophethood, He made the ‘ulama the inheritors of the prophets and they became the callers to Allah.  Indeed, each one of them has guided Creation to Allah.  Whosoever calls you to Allah has given good advice, but he who calls you to the Dunya has betrayed you, and whosoever calls you to work, has only fatigued you.  The one who has really given you good advice is the one who calls you to Allah.

The shaykh to be followed is the one who calls you to Allah, by both his words and his deeds, and his spiritual state raises your himmah when you see him.  When he speaks, his words benefit you in the Presence of Allah, because he speaks with wisdom.  Allah Says:

He Grants wisdom to whom He Pleases; and he to whom wisdom is Granted Receives, indeed, a benefit overflowing ... (Surah al-Baqarah:269)

So, very little knowledge has been granted, but wisdom is an abundant good.  True wisdom is that which is received from Allah without any intermediary, and it is granted to the heart of someone, who although is not a prophet, has received direct from the Lord, Glorious and Exalted is He.  It is the Wisdom of Allah which has been Cast directly into the heart of the servant and it only passes through the mouth of the speaker, and he is the first to benefit from such wisdom.  The Wisdom of Allah is such that it penetrates into the hearts of people, while the words which only come from people themselves does not reach beyond the ears of the listeners.  They only pass pronouncements that do not arrive to the heart and few who listen to them find any benefit in the speech of such people.  In fact, if the speaker is profuse with egoistic talking it will only harden his heart and the hearts of the listeners, and this is not what is meant by wisdom.  Although prophethood has ended, Allah has been Abundantly Kind to allow the enduring presence of their inheritors, the right acting scholars, who have each guided the servants to establish a connection to their Lord and have fortified them in the knowledge that Allah shall inherit the Earth and whatsoever is on it.

Allah has Joined us together on this auspicious occasion and in this blessed land and we ask Allah to Increase it in its sanctity.  The Wisdom of Allah has declared that everything which is done without the goal of benefit is to wear the robe of playing and frivolity, and the actions of Allah are always done without frivolity.  He Says:

“Did you then think that We had Created you in jest, and that you would not be brought back to Us (for account)?” (Surah al-Mu’minun:115)

This is addressed to the ‘arifin, those who have the Direct Witnessing of the actions of Allah, those who know there is a goal of benefit in every action of Allah.  The Supreme Objective of Allah is to benefit others in all that He Does, and everything which is not done with that aim and purpose is described as playing and without purpose.  This is why the doctor is called ‘hakim’, because everything which he does is for the benefit of his patients and not himself.

My speaking on the Creator in one sentence and on the Creation in the next is only to draw your attention to the mutual benefit that we are to seek in all of our gatherings and for us to understand the Supreme Wisdom of Allah, that absolutely nothing is done is vain.  We are hopeful that Allah will Enable us to obtain mutual benefit in our meeting together, both in this life and in the Hereafter.  We have learned that whenever Allah Desires to Give increase to something, He Multiplies the cause of that thing.  If He Multiplies the cause, then indeed, He Increases the effect.” 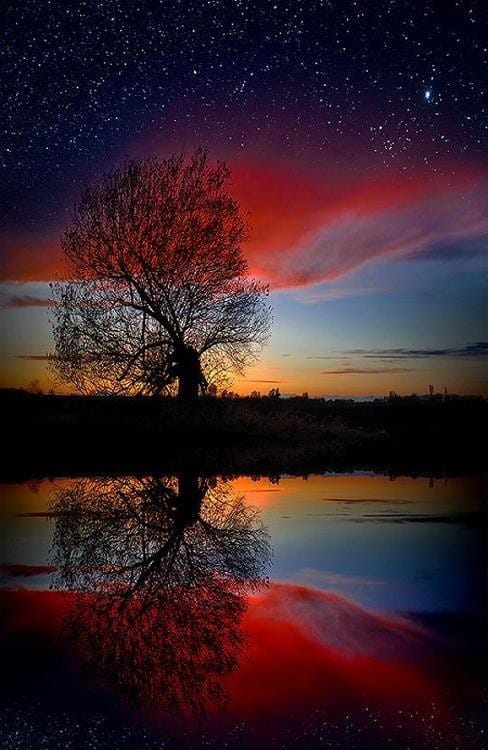