In short, the movement of the vessel indicates the soundness or corruption of the heart by the words of the Prophet (s.a.w.), “There is lump of flesh in the body, the nature of which is that when it is sound, the entire body is sound, and when it is corrupt, the entire body is corrupt - it is the heart.”  When the heart realises zuhd, for instance, and it becomes a state or station for it, that appears on the limbs in reliance on Allah (s.w.t.), trust in Him, and lack of movements on account of secondary causes which provoke movement by the words of the Prophet (s.a.w.), “Zuhd is not by making the lawful unlawful nor by wasting wealth.  Zuhd is in trusting more in what is in the Hand of Allah more than what is in his hand.”

The Prophet (s.a.w.) said, “If the heart is humble, the limbs will be humble.”

Dzikr is a strong pillar in the Path of the People.  It is the best of actions.  Allah (s.w.t.) Says:

O you who believe!  Celebrate the praises of Allah, and do this often; (Surah al-Ahzab:41)

Frequent dzikr is that we never forget Him.

Sayyidina ‘Abdullah ibn ‘Abbas (r.a.) said, “In every act of worship which Allah Obliged has a specific time and there are excuses for those who perform outside its time – except for dzikr.  Allah did not appoint it any particular time.  He Says, ‘Celebrate the praises of Allah, and do this often’, and He Says, ‘When you pass (congregational) prayers, celebrate Allah’s Praises, standing, sitting down, or lying down on your sides.’.

When you pass (congregational) prayers, celebrate Allah’s Praises, standing, sitting down, or lying down on your sides; but when you are free from danger, set up regular prayers: for such prayers are enjoined on believers at stated times. (Surah an-Nisa’:103)

A man said, “Rasulullah, I find the practices of Islam to be too many, so tell me something I can do by which I can catch what I miss, and be brief.”

Rasulullah (s.a.w.) replied, “Let your tongue be moist with dzikrullah.”

The Prophet (s.a.w.) said, “If a man in has some darahim which he distributes and another man remembers Allah, the one who remembers Allah is better.”

The Prophet (s.a.w.) said, “Shall I tell you of the best and purest of your actions in the Sight of your King, the highest of your degrees and what is better for you than spending gold and silver than meeting your enemy and you striking their necks and them striking your necks.”

They asked, “What is that, Rasulullah?”

Sayyidina ‘Ali ibn Abu Thalib (k.w.) said, “I asked Rasulullah which path is the nearest one to Allah, the easiest for the slaves of Allah, and the best in the Sight of Allah Almighty.”

He replied, “‘Ali, you must have constant dzikr of Allah.’”

The Prophet (s.a.w.) said, “The Final Hour will not come until there does not remain of the face of the Earth anyone who says, ‘Allah’.”

Sayyidina ‘Ali (k.w.) asked him, “How shall I remember, Rasulullah?”

The Prophet (s.a.w.) said to him, “Close your eyes and listen to me three times and then say the same thing while I am listening.”

So no one reaches Allah (s.w.t.) except by way of dzikr.  The slave’s obligation is to occupy his moments with it and to expend his effort in it.  Dzikr makes wilayah public, and it must be present in both the beginning and the end.  Whoever is Given dzikr is Given the Decree.  Whoever abandons it, has retired.  They wrote:

“Dzikr is the greatest door.  You enter it for Allah,

And He Makes the breaths a guardian for you.”

So insofar as he is annihilated in the Name, he is annihilated in the Essence, and insofar as he flags in annihilation in the Name, he flags in annihilation in the Essence.  So the murid should cling to dzikr in every state and not abandon dzikr on the tongue because the heart is not present in it.  He should remember Him with his tongue, even if he is heedless with his heart.  Our neglect of the existence of His remembrance is worse than our neglect while mentioning Him because our neglect of His remembrance is turning away from Him completely, and our mention of Him is turning towards Him by a certain aspect.

By remembering Allah (s.w.t.), the limb is Adorned by obedience of Allah (s.w.t.).  When it is absent in it, he turns to his preoccupation with disobedience.  One of them was asked, “Why do we do dzikr with the tongue when the heart is heedless?”

He replied, “Thank Allah for the success of the dzikr of the tongue.  If it had been busy with absence, what would you do?”

If we are constant in dzikr of presence, that will raise us to dzikr with withdrawal from all that is other than the One Invoked which our heart is immersed in light.  Perhaps the nearness of the light of the One Invoked will become immense and the one doing the dzikr will be drowned in the light until we withdraw from all that is other than the One Invoked until the one doing the dzikr becomes Remembered and the seeker becomes the Sought and the seeking arrival the one Made to arrive.  That is not difficult for Allah, id est not forbidden.  So the one who was in the lowest degrees may rise to the highest ranks where the tongue is still and the dzikr moves to the inner heart.  Then the dzikr of the tongue becomes heedlessness in respect of the people of this station, as the poet said:

“As soon as I remember You, my secret, my heart and my ruh,

Curse me when I remember You,

Until a watcher from You Addresses me in a voice without form,

‘Beware and woe to you!  Beware of remembrance!

Do you not see that the witnessing’s of Allah has appeared,

And all arrives of your meaning from His meaning?’”

Shaykh Abu Bakr Muhammad ibn Ahmad al-Wasithi (q.s.) said, indicating this station, “Those who remember are more heedless in His dzikr than those who forget His dzikr because His dzikr is other than Him,” meaning that those who remember Allah (s.w.t.) with their hearts are more heedless in the state of their dzikr of Allah (s.w.t.) by their tongues than people who fail to invoke Him, because his dzikr by the tongue and its burden demands the existence of the nafs, and that is shirk, and shirk is uglier than heedlessness.  This is the meaning of his words, “because His dzikr is other than Him,” id est because the dzikr of the tongue demands the independence of those who remember, while the obligation is that the one who remembers should be effaced in the station of eye-witnessing.

Imam Abu al-Hasan ash-Shadzili (q.s.) said, “The reality of dzikr is being cut off from the dzikr with the One Invoked and from everything except Him by His Words:

But keep in remembrance the name of your Lord, and devote yourself to Him wholeheartedly. (Surah al-Muzzammil:8)”

Imam Abu al-Qasim ‘Abd al-Karim ibn Huzan al-Qushayri (r.a.) said, “Dzikr is the gradual entry of the one doing the dzikr into the One Invoked.  They said, in that meaning:

‘I remembered You, not because I forgot You for an instant.

The least part of dzikr is the dzikr of the tongue.

Without ecstasy, I would have become frantic with passion,

My heart wildly beating in passion.

When ecstasy showed me that You are Present with me,

I witnessed You as Existing Everywhere.

I addressed One Who is Present without speaking,

And I witnessed One Who is Present without seeing.’”

In this station, the murid realises the worship of reflection or investigation: “Reflection for an hour is better than worship for seventy years.”

That is why Shaykh Shahab ad-Din Abu al-‘Abbas Ahmad ibn ‘Umar al-Mursi (q.s.) said, “All its moments are the Night of Power,” id est all our worship is multiplied, in spite of its lightness, by the realised of sincerity in it since no angel sees and records it nor does any shaythan see and corrupt it.

One of them, said to be Imam al-Mugits Husayn ibn Manswur al-Hallaj (q.s.), said on that:

“The hearts of the gnostics have eyes which see

What is not seen by those who look.

The sunnah is intimate conversation of secrets,

Unseen by the noble scribes.

To the Malakut of the Lord of the Worlds.

I added two verses to it:

Hearts are frantic with the passion of ecstasy, yearning,

For the Jabarut of the One with certain truth.

If you want to set out early for the one with meanings,

Then expend your spirit and have little of us.” 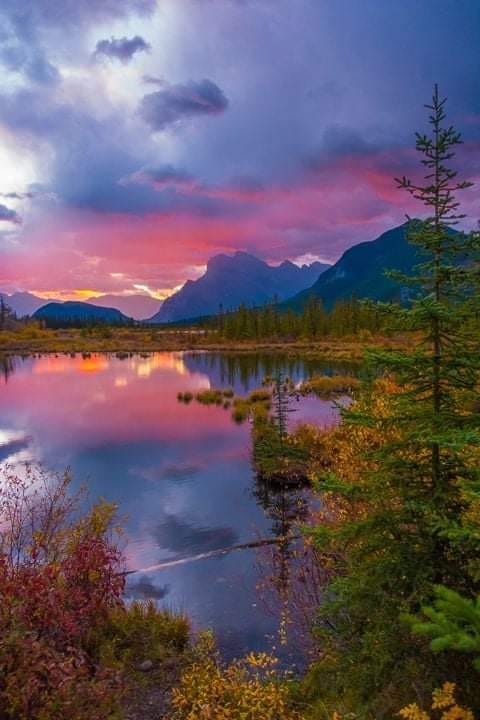