Dogs in the Qur’an

It is recorded in Swahih al-Bukhari that Sayyidatina ‘Aishah bint Abu Bakr (r.a.) reported that Jibril (a.s.) made a promise with the Prophet (s.a.w.) to come at a specific hour; that hour came but he did not visit him.  There was, in his hand, a staff.  He threw it from his hand and said, “Never has Allah or His servants ever broken their promise.”  Then he cast a glance and found a puppy under his cot and said, “‘Aishah, when did this dog enter here?”

He then commanded and it was turned out.  Then, Jibril (a.s.) came and the Prophet (s.a.w.) said to him, “You promised me and I waited for you. but you did not come.”

Jibril (a.s.) said, “It was the dog in your house which prevented me, for we do not enter a house in which there is a dog or a picture.”

It is also recorded, in that same chapter of Swahih al-Bukhari, but further down, that Sayyidatina Maymunah bint al-Harits al-Hillaliyyah (r.a.) reported that one morning, the Prophet (s.a.w.) was silent with grief.  Sayyidatina Maymunah (r.a.) asked, “O Messenger of Allah, I find a change in your mood today.”

The Prophet (s.a.w.) said, “Jibril had promised me that he would meet me tonight, but he did not meet me.  By Allah, he never broke his promises,” and the Prophet (s.a.w.) spent the day in this sad mood.  Then it occurred to him that there had been a puppy under their cot. He commanded and it was turned out.  He then took some water in his hand and sprinkled it at that place.  When it was evening, Jibril (a.s.) met him and he said to him, “You promised me that you would meet me the previous night.”

Jibril (a.s.) said. “Yes, but we do not enter a house in which there is a dog or a picture.”  Then on that very morning he commanded the killing of the dogs until he announced that the dog kept for the orchards should also be killed, but he spared the dog meant for the protection of extensive fields.

There are further reports that claim that the Prophet (s.a.w.) commanded Muslims not trade or deal in dogs, and to slaughter all dogs, except for those used in herding, farming, or hunting.  Both of these ahadits above are not only found in some form on the Shaykhayn, but in further collections, in similar forms, such as mentioned in Imam Abu ‘Abd ar-Rahman Ahmad ibn Shu’ayb an-Nasa’i’s (r.a.) Sunan, and Imam Shihab ad-Din Abu al-Fadhl Ahmad ibn ‘Ali ibn Hajr al-‘Asqalani’s (r.a.) Fath al-Bari, Imam Abu Zakariya Yahya ibn Sharaf an-Nawawi’s (r.a.) Sharh Swahih Muslim, Imam Abu Bakr Muhammad ibn ‘Abdullah ibn al-‘Arabi’s (r.a.) Ahkam al-Qur’an, Imam Muhammad ibn ‘Ali ash-Shawkani’s (r.a.) Nayl al-Awthar min Ahadits Sayyid al-Akhyar, Imam Abu ‘Abdullah Muhammad ibn Ahmad al-Qurthubi’s (r.a.) Jami’ li Ahkam al-Qur’an, Imam Abu Bakr Ahmad ibn ‘Ali ar-Razi al-Jaswswasw’ (r.a.) Ahkam al-Qur’an, and Imam Abu Ja’far Muhammad ibn Jarir ath-Thabari’s (r.a.) Tafsir.  The question I will ask here is this: does this sound like our Prophet (s.a.w.)?  Do we believe that the Prophet (s.a.w.) would throw a tantrum simply because Jibril (a.s.) did not turn up?  Or that he would order the killing of Allah’s (s.w.t.) Creation for no good reason?

Despite this attribution, to the Prophet (s.a.w.), of a large number of ahadits hostile to dogs, the Qur’an Itself does not condemn dogs as impure or evil.  Dogs are considered pure, and that is the Maliki position.  Additionally, a large number of earlier ahadits contradicted these narrations about killing dogs and throwing out puppies.  We also have ahadits that the Prophet’s (s.a.w.) young cousins, and some of the companions owned puppies.  We can find them in Imam an-Nawawi’s (r.a.) Sharh Swahih Muslim.  There are ahadits that the Prophet (s.a.w.) prayed while a dog played in the vicinity, also as recorded in Imam an-Nawawi’s (r.a.) Sharh Swahih Muslim.  Furthermore, there is considerable historical evidence that dogs roamed freely in Madina and even entered the Prophet’s (s.a.w.) mosque; we can find this in Imam al-‘Asqalani’s (r.a.) Fath al-Bari, and so many of the hagiographies of scholars, particularly Sufi scholars.  And then, there is that famous hadits about the prostitute, or in another version, a male sinner, who secured Divine Forgiveness by saving a dog dying of thirst in the desert.  This is also found in Imam al-‘Asqalani’s (r.a.) Fath al-Bari.  How is it that we can have one hadits where saving a dog is enough to enter Jannah, and in another, the Prophet (s.a.w.) ordered the killings of dogs without justification other than that they are dogs?  One of these hadits either has something we have missed in the context, or is a fabrication.  Being in Swahih al-Bukhari does not preclude the possibility of a hadits being a fabrication.

Many of the fuqaha’ rejected the ahadits mandating the killing of dogs as fabricated.  Wanton killing is not part of Islam.  There is no ruling about eradicating pigs, let alone dogs.  Our ‘ulama agree that the Qur’an Commands the honouring of all Creation; it is an act of kufr to actively pursue the extinction of a creature Allah (s.w.t.) Created.  No part of Creation can be needlessly destroyed, and no life can be taken without compelling cause.  We find rulings like these in Imam Abu Bakr ibn al-‘Arabi’s (r.a.) ‘Aridhat al-Ahwadzi, Imam an-Nawawi’s (r.a.) Sharh Swahih Muslim, Imam al-Qurthubi’s (r.a.) Jami’, Imam ash-Shawkani’s (r.a.) Nayl al-Awthar, and a thousand other books of fiqh.  Since the consumption of dogs was strictly prohibited in Islam, there was no reason to slaughter dogs.

On the permissibility of owning dogs, a large number of fuqaha’ allowed the ownership of dogs, mainly for the purpose of serving human needs, such as herding, farming, hunting, or protection.  However, they also prohibited the ownership of dogs for frivolous reasons, such as enjoying their appearance or out a desire to show off.  It had nothing to do with the dogs and everything to do with issues of the nafs such as vanity, and oppression of another living thing.  To ill-treat an animal, especially a pet, is a grievous sin.  There is a hadits about a woman Condemned to Hell for starving her cat.

The main contention amongst the scholars is the issue of purity, whether the saliva of the dog is najis al-mughalazhah.  This is the ikhtilaf with the Malikis and Hanafis, on one side, and the Shafi’i’s and Hanbali’s on the other.  The Qur’an, however, Mentions hunting dogs retrieving prey, so they obviously used their mouths, and the meat is halal.  The Companions of the Cave, the Sleepers of Ephesus, had a dog with them the entire time, and they were Blessed.  Many ‘ulama, particularly from the Maliki madzhab, contended that everything found in nature is presumed to be pure unless proven otherwise.  This position is found in Imam Ahmad ibn Ahmad al-Khalwati ad-Dardir’s (r.a.) Sharh as-Saghir, for example.  Accordingly, based on this line of reasoning, dogs do not void a Muslim’s swalah or wudhu’, as recorded in Imam Khayr ad-Din ibn Ahmad ar-Ramli’s (r.a.) Fatawa al-Khayriyyah, Imam Muwaffaq ad-Din Abu Muhammad ‘Abdullah ibn Ahmad ibn Qudamah al-Maqdisi’s (r.a.) al-Mughni, Imam Abu Muhammad ‘Ali ibn Ahmad ibn Hazm’s (r.a.) Muhalla bi al-Atsar, Imam Shihab ad-Din Abu al-‘Abbas Ahmad ibn Abu al-‘Ala’ Idris al-Qarafi al-Maliki’s (r.a.) adz-Dzakirah, and Imam Zayn ad-Din ibn Ibrahim ibn Nujaym al-Miswri’s (r.a.) Bahr ar-Ra’iq Sharh Kanz ad-Daqa’iq.

I do not believe the ahadits in Swahih al-Bukhari and elsewhere that the Prophet (s.a.w.) ordered the random killing of dogs.  Perhaps we could consider that this may have been due to rabies, although there is no mention of it.  I follow Imam Abu Manswur Muhammad ibn Muhammad al-Maturidi’s (r.a.) position that if a hadits contradicts logic, the Qur’an, and known facts, they can be discarded without the need to examine the matn, and the silsilah. 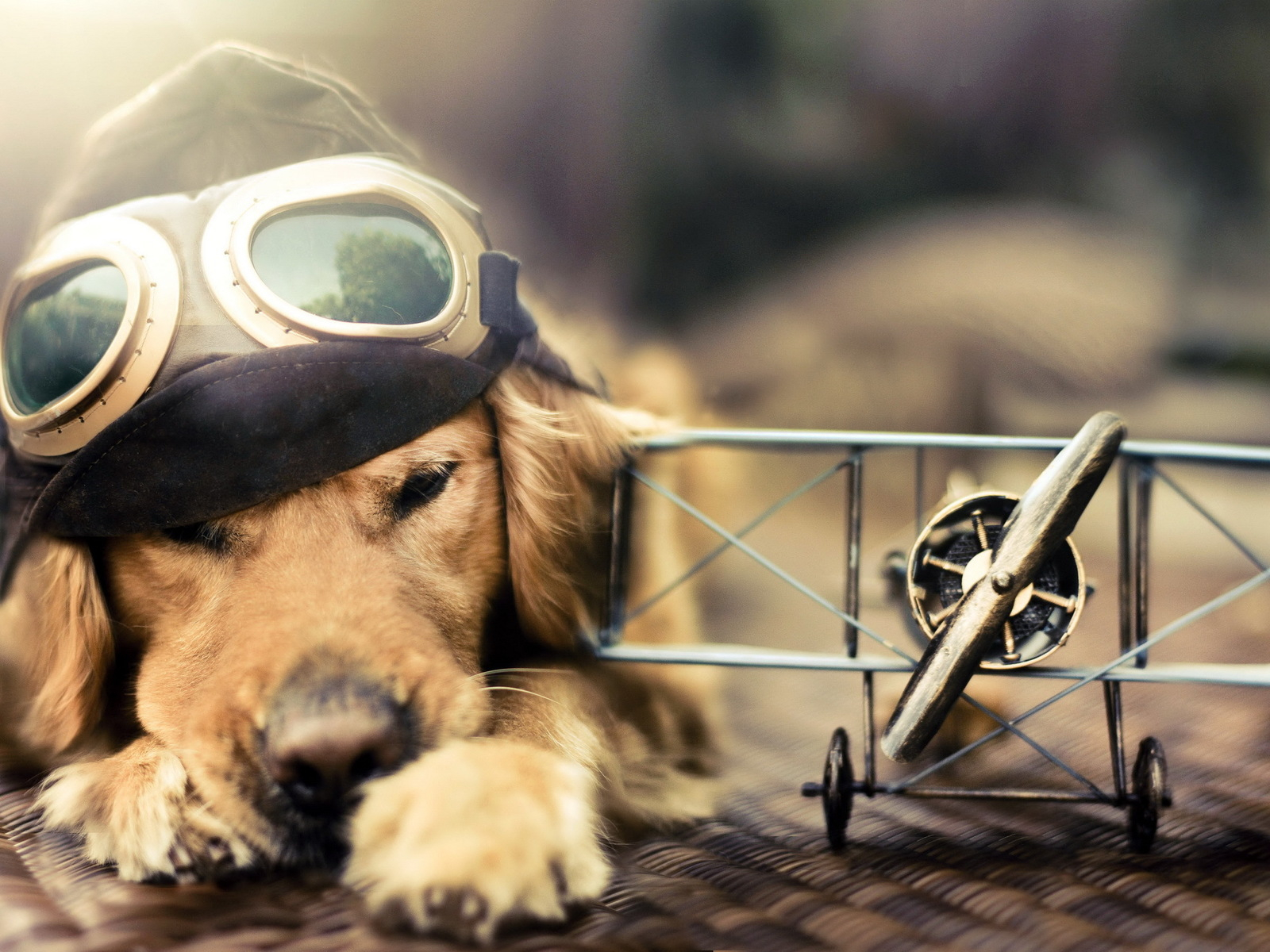