Nature of the Wahhabi Sect

The thing about Wahhabis is that they will often deny they are, and they will even deny that such a sect exists.  They say that “al-Wahhab” is one of the Names of Allah (s.w.t.).  But then, their scholars talk about the Jabariyyah, Qadariyyah and others.  “al-Jabbar” and “al-Qadar” are also His Names.  This is a disambiguation to hide the fact that they follow the heretic, Muhammad ibn ‘Abd al-Wahhab an-Najdi.

They will accuse any person who points out peculiarities in their beliefs of sectarianism.  But their entire modus operandi is about pointing out “kufr” and “shirk” in everything.  They even elevate schools of thought into sects, so Ash’aris and Naqshbandis and the generic "Sufis" are now sects to them.  That is real sectarianism.

A Wahhabi will accuse the Muslims of grave worship, and proclaim shirk.  That is takfir.  Should we point out that the belief of this sect is kufr, that Islam does not accept a conception of a limited God with a physical body in a specific place, as Muhammad ibn ‘Abd al-Wahhab proclaimed, they call us out on our legitimate takfir.

A Wahhabi will demand evidence.  They will ask for an ayat of the Qur’an or a “saheeh” hadits.  But since they can only see the apparent meaning of verses and ahadits, and deny the interpretation of scholars with context and nuance, they will ignore any such evidence given and demand more.  This asking of evidence is actually a method to avoid any questioning of their innovated creed and ideas.

A Wahhabi will quote Sunni scholars, they will quote verses and ahadits, and all of this will seem to back their position.  What they actually do is cherry pick selected portions of actual texts and hide the parts that contradict them.  They even do this with translations.  ‘Abd al-‘Aziz ibn ‘Abdullah ibn Baz, Muhammad Naswir ad-Din al-Albani, and others have put forth edited versions of major Sunni works such as Riyadh asw-Swalihin, and Swahih al-Bukhari.  Entire sections have been redacted, rewritten or reinterpreted with creative translation.

They will focus on certain acts that they deem to be shirk, for example, accusing any Muslim of visiting a grave to pray for the deceased of grave worship.  This is despite there being no such occurrence in the history of Islam.  They will deny istighatsa’ and nida’ as shirk, and ignore the ijma’ of the scholars based on the very Qur’an and sunnah they claim to uphold.  They will disparage the Mawlid as bid’ah, and then claim to love the Prophet (s.a.w.), whilst declining to even give salam at the Rawdhah.

So, what is a Wahhabi?  A Wahhabi is a munafiq, a hypocrite.  They are the lowest level of kafirun.  The Qur’an Describes their nature and actions.  They put up “Salafi” mosques and institutions, calling people to “Islam”, but it is actually kufr:

And there are those who put up a mosque by way of mischief and infidelity ― to disunite the believers and in preparation for one who warred against Allah and His Messenger aforetime.  They will indeed swear that their intention is nothing but good; but Allah does Declare that they are certainly liars. (Surah at-Tawbah:107)

They rebel against the sunnah, misguiding people from true belief and create controversy in the practices of the ummah where previously there were none:

The hypocrites, men and women, (have an understanding) with each other: they enjoin evil, and forbid what in just, and are close with their hands.  They have forgotten Allah; so, He has forgotten them.  Verily the Hypocrites are rebellious and perverse. (Surah at-Tawbah:67)

Wahhabis style themselves “Salafi” implying that they alone follow the Salaf and all other Muslims are upon bid’ah, shirk and kufr.  This itself is a bid’ah and a deception.  And they swear that they alone are upon the Haqq:

They have made their oaths a screen (for their misdeeds): thus, they obstruct (men) from the Path of Allah: truly evil are their deeds. (Surah al-Munafiqun:2)

It is no coincidence that Wahhabis decry any form of congregational adzkar and supplication, forbid supplication on behalf of those in the barzakh, even the Prophet (s.a.w.), and label many acts of adzkar and facilitation such as the use of tasabih, as bid’ah.  They want people to forget Allah (s.w.t.):

They create upheaval in the ummah, sowing suspicion, questioning the belief and intentions of Muslims going all the way back to the Salaf.  They claim to defend tawhid:

When it is said to them, “Make not mischief on the earth,” they say, “Why, we only want to make peace!”  Of a surety, they are the ones who make mischief, but they realise (it) not. (Surah al-Baqarah:11-12)

The Wahhabis love to debate.  They will loudly proclaim their “Islam”, questioning the religion of true scholars.  Such is the focus on the externalities of faith, they emphasise beautiful recitation, the length of the pants, the position of the legs, length of the beard and the mundane issues of jurisprudence until the ignorant think they are foremost in faith, but it is deception:

There is the type of man whose speech about this world’s life may dazzle you and he calls Allah to Witness about what is in his heart; yet is he the most contentious of enemies. (Surah al-Baqarah:204)

When you look at them, their exteriors please thee; and when they speak, you listen to their words.  They are as (worthless as hollow) pieces of timber propped up, (unable to stand on their own).  They think that every cry is against them.  They are the enemies; so beware of them.  The Curse of Allah be on them!  How are they deluded (away from the Truth)! (Surah al-Munafiqun:4)

The hypocrites ― they think they are over-reaching Allah, but He will over-reach them: when they stand up to prayer, they stand without earnestness, to be seen of men, but little do they hold Allah in remembrance. (Surah an-Nisa’:142)

They will talk about unity, but it is a lie, since we know, in their books, in Kitab at-Tawhid, in Kashf ash-Shubahat and elsewhere, they call us unbelievers to be turned or killed.  We read their fatawa calling for the death of those who oppose them, their desecration of graves, their burning of books, their destruction of places of worship.  We know their history which began when their founder, Muhammad ibn ‘Abd al-Wahhab, sacked Karbala and Tha’if and elsewhere, killing men, women and children, just like what groups like ISIS, Boko Haram and Tehrik-e-Taliban Pakistan are doing now.  He threw the books of religion on the streets and trampled them with horses and camels.

When they meet those who believe, they say, “We believe,” but when they are alone with their evil ones, they say, “We are really with you we; (we were) only jesting.” (Surah al-Baqarah:14) 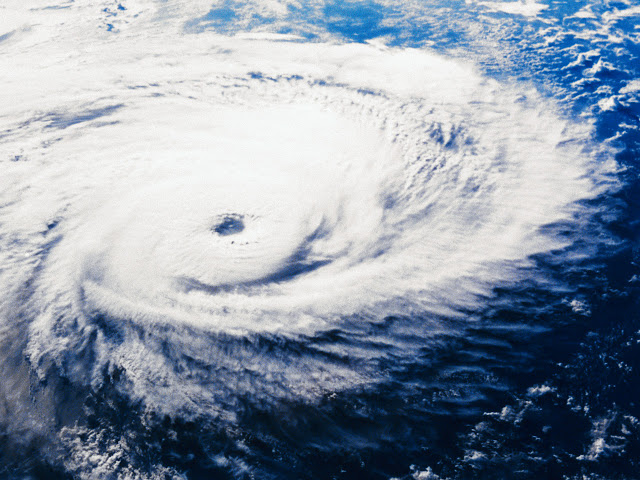